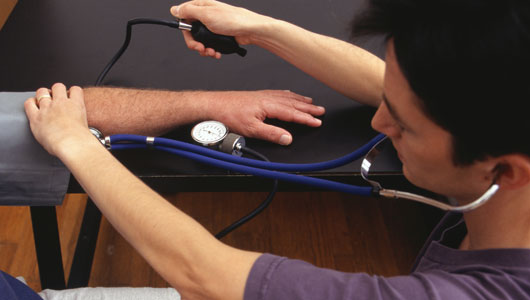 According to the Journal of Human Hypertension, Chiropractic adjustments were better in lowering blood pressure than 2 medications combined! George Bakris M.D. said, "not only does it work, we saw no side effects and no problems!"

This was an 8 week study, where 25 patients with early-stage high blood pressure were specifically adjusted and had significantly lowered their blood pressure compared to 25 similar patients who received sham adjustments! Those who received specific Chiropractic adjustments saw an average 14mm Hg greater drop in the top number, and an average of 8mm Hg greater drop in the bottom number!

The researchers suggested that injury to the neck earlier in life can affect blood flow in the arteries at the base of the skull!